This episode features a documentary by Tito shot in Richmond, Virginia on December 10, 2011 for International Human Rights day.

The show also includes a short video from a demonstration against S1867 on D30 outside President Obama’s Newport News campaign headquarters and three experimental shorts: “People Who Profit From the Suffering of Others Are Immoral,” “Happy New Year Virtual Bat Signal” and “Let Us March.”

Evolve, the web is already woven. 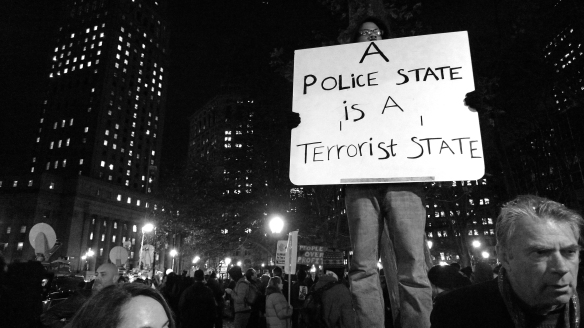 Photo: A Police State is a Terrorist State, by Optimystic1, 2011